D and C (dilation and curettage) is a procedure to scrape and collect the tissue (endometrium) from inside the uterus.

D and C, also called uterine scraping, may be performed in the hospital or in a clinic while you are under general or local anesthesia.

General anesthesia is treatment with certain medicines that puts you into a deep sleep so you do not feel pain during surgery. After you receive the...

The health care provider will insert an instrument called a speculum into the vagina. This holds open the vaginal canal. Numbing medicine may be applied to the opening to the uterus (cervix).

The cervical canal is widened, and a curette (a metal loop on the end of a long, thin handle) is passed through the opening into the uterus cavity. The provider gently scrapes the inner layer of tissue, called the endometrium. The tissue is collected for examination.

Why the Procedure Is Performed

This procedure may be done to:

Your provider may also recommend a D and C if you have:

This list may not include all possible reasons for a D and C.

Risks related to D and C include:

Risks due to anesthesia include:

Risks of any surgery include:

The D and C procedure has few risks. It can provide relief from bleeding and can help diagnose cancer and other diseases.

You may return to your normal activities as soon as you feel better, possibly even the same day. 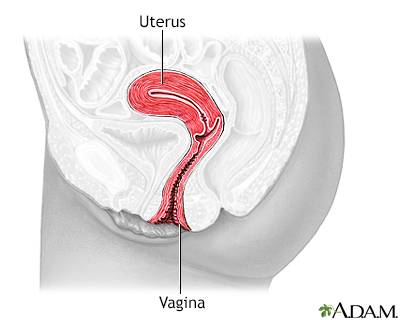 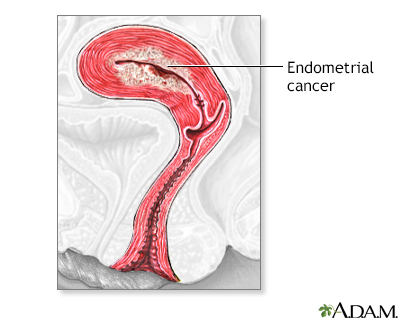