Trisomy 18 is a genetic disorder in which a person has a third copy of material from chromosome 18, instead of the usual 2 copies.  Rarely, the extra...

The foot turns inward and downward at birth and is difficult to place in the correct position. The calf muscle and foot may be slightly smaller than normal.

If your child is being treated for clubfoot, contact your provider if: 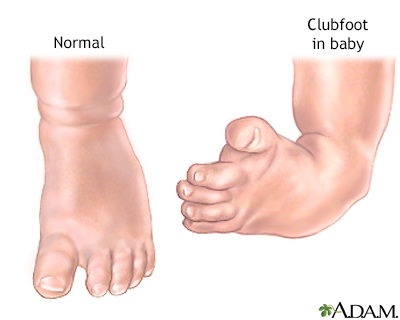 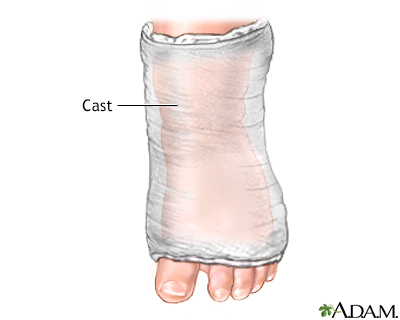 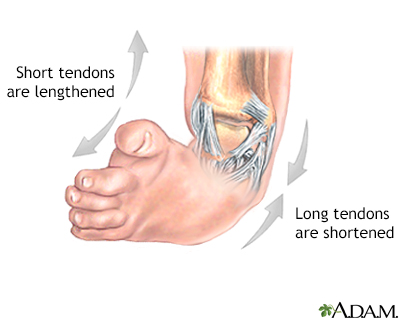 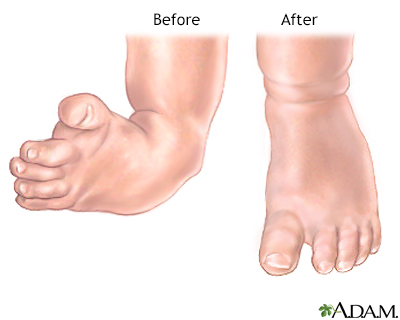