Epilepsy is a brain disorder in which a person has repeated seizures over time. Seizures are episodes of uncontrolled and abnormal firing of brain cells that may cause changes in attention or behavior.

A seizure is the physical changes in behavior that occurs after an episode of abnormal electrical activity in the brain. The term "seizure" is often ...

Epilepsy occurs when changes in the brain cause it to be too excitable or irritable. As a result, the brain sends out abnormal signals. This leads to repeated, unpredictable seizures. (A single seizure that does not happen again is not epilepsy.)

Epilepsy may be due to a medical condition or injury that affects the brain. Or, the cause may be unknown (idiopathic).

Common causes of epilepsy include:

Symptoms vary from person to person. Some people may have simple staring spells. Others have violent shaking and loss of alertness. The type of seizure depends on the part of the brain that is affected.

Most of the time, the seizure is similar to the one before it. Some people with epilepsy have a strange sensation before each seizure. Sensations may be tingling, smelling an odor that is not actually there, or emotional changes. This is called an aura.

Your doctor can tell you more about the specific type of seizure you may have:

The doctor will perform a physical exam. This will include a detailed look at the brain and nervous system.

An electroencephalogram (EEG) is a test to measure the electrical activity of the brain.

To diagnose epilepsy or plan for epilepsy surgery, you may need to:

Head CT or MRI scan is often done to find the cause and location of the problem in the brain.

A head computed tomography (CT) scan uses many x-rays to create pictures of the head, including the skull, brain, eye sockets, and sinuses.

A head MRI (magnetic resonance imaging) is an imaging test that uses powerful magnets and radio waves to create pictures of the brain and surrounding...

If epilepsy is due to a tumor, abnormal blood vessels, or bleeding in the brain, surgery to treat these disorders may make the seizures stop.

Medicines to prevent seizures, called anticonvulsants (or antiepileptic drugs), may reduce the number of future seizures:

Many epilepsy drugs may affect the health of your bones. Talk to your doctor about whether you need vitamins and other supplements.

Epilepsy that does not get better after 2 or 3 anti-seizure drugs have been tried is called "medically refractory epilepsy." In this case, the doctor may recommend surgery to:

Some children are placed on a special diet to help prevent seizures. The most popular one is the ketogenic diet. A diet low in carbohydrates, such as the Atkins diet, may also be helpful in some adults. Be sure to discuss these options with your doctor before trying them.

Lifestyle or medical changes can increase the risk for a seizure in adults and children with epilepsy. Talk with your doctor about:

You have epilepsy. People with epilepsy have seizures. A seizure is a sudden brief change in the electrical and chemical activity in the brain. Aft...

Your child has epilepsy. People with epilepsy have seizures. A seizure is a sudden brief change in the electrical and chemical activity in the brai...

The stress of having epilepsy or being a caretaker of someone with epilepsy can often be helped by joining a support group. In these groups, members share common experiences and problems.

The following organizations are good resources for information on epilepsy:Centers for Disease Control and Prevention -- www. cdc. gov/epilepsy/index...

Some people with epilepsy may be able to reduce or even stop their anti-seizure medicines after having no seizures for several years. Certain types of childhood epilepsy go away or improve with age, usually in the late teens or 20s.

For many people, epilepsy is a lifelong condition. In these cases, anti-seizure drugs need to be continued. There is a very low risk for sudden death with epilepsy.

Call your local emergency number (such as 911) if:

In the case of someone who has had seizures before, call 911 for any of these emergency situations:

Call your doctor if any new symptoms occur:

There is no known way to prevent epilepsy. Proper diet and sleep, and staying away from alcohol and illegal drugs may decrease the likelihood of triggering seizures in people with epilepsy.

Reduce the risk for head injury by wearing a helmet during risky activities. This can lessen the likelihood of a brain injury that leads to seizures and epilepsy. 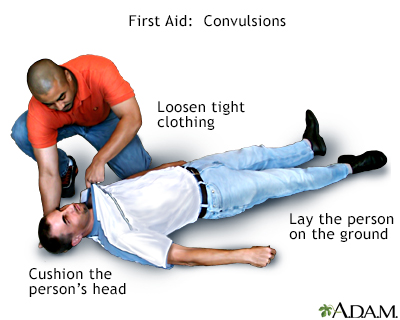 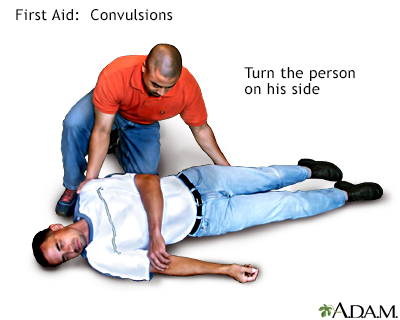 Talking to your MD