Manganese is a trace mineral that is present in tiny amounts in the body. It is found mostly in bones, the liver, kidneys, and pancreas. Manganese helps the body form connective tissue, bones, blood clotting factors, and sex hormones. It also plays a role in fat and carbohydrate metabolism, calcium absorption, and blood sugar regulation. Manganese is also necessary for normal brain and nerve function.

Manganese is a component of the antioxidant enzyme superoxide dismutase (SOD), which helps fight free radicals. Free radicals occur naturally in the body but can damage cell membranes and DNA. They may play a role in aging, as well as the development of a number of health conditions, including heart disease and cancer. Antioxidants, such as SOD, can help neutralize free radicals and reduce or even help prevent some of the damage they cause.

Manganese may help some of the following conditions:

Manganese is one of several trace elements (including vanadium and boron) that are necessary for bone health. There is no specific evidence that manganese can prevent osteoporosis, but one study found that taking a combination of calcium, zinc, copper, and manganese helped lessen spinal bone loss in a group of post menopausal women. Anyone can develop osteoporosis, but it is common in older women. As many as half of all women and a quarter of men older than 50 will break a bone due to osteoporosis.

People with arthritis tend to have low levels of SOD (an antioxidant that helps protect the joints from damage during inflammation). Some experts theorize that manganese may increase SOD levels, but there is no proof that it helps treat arthritis. A few clinical studies of people with rheumatoid and osteoarthritis suggest that manganese taken along with glucosamine and chondroitin can reduce pain. However, some studies have found no effect. Other studies have found that women with fibromyalgia have lower levels of calcium, magnesium, iron, and manganese in their hair fibers than women without the disease.

In one well-designed clinical study, women who ate 5.6 mg of manganese in their diets each day had fewer mood swings and cramps compared to those who ate only 1 mg of manganese. These results suggest that a manganese-rich diet may help reduce symptoms of PMS. Another clinical study found that patients with PMS had significantly lower amounts of calcium, chromium, copper, and manganese in their blood than those without PMS.

Manganese is available in a wide variety of forms, including manganese salts (sulfate and gluconate) and manganese chelates (aspartate, picolinate, fumarate, malate, succinate, citrate, and amino acid chelate). Manganese supplements can be taken as tablets or capsules, usually along with other vitamins and minerals in the form of a multivitamin.

The daily Adequate Intake (AI) for manganese is listed below.

Supplements and dietary intake of manganese together should not exceed 10 milligrams per day because of the risk of nervous system side effects. You should only take manganese supplements under the supervision of your doctor; that is especially true for children.

Pregnant women and nursing mothers should avoid intakes of manganese above the upper limit of the AI, unless under a doctor's supervision.

Because of the potential for side effects and interactions with medications, you should take dietary supplements only under the supervision of a knowledgeable health care provider. The amount of manganese ingested in 1 day (from foods or supplements) should not exceed 10 milligrams due to the potential for nervous system damage.

Calcium, phosphorous, and manganese work closely together in the body. For this reason, you may need more manganese if you are getting more calcium and phosphorus.

Manganese rarely causes side effects when taken orally. It can be toxic to people who regularly inhale manganese vapors, such as industrial workers in steel mills and mines, or people with liver damage, including alcoholic cirrhosis. Symptoms include loss of appetite, headaches, leg cramps, muscle rigidity, tremors, convulsions, extreme irritability, acts of violence, and hallucinations. Manganese toxicity has also been seen in people who received very high amounts of intravenous nutrition (containing manganese) over long periods of time.

If you are currently being treated with any of the following medications, you should not use manganese supplements without first talking to your health care provider.

Haloperidol and other antipsychotics -- There has been at least one clinical report of an interaction between haloperidol and manganese that resulted in hallucinations and behavioral changes in a person with liver disease. In addition, some experts believe that medications for schizophrenia and other forms of psychosis may worsen side effects from manganese supplements. If you take antipsychotic medications, do not take manganese without first talking to your doctor.

Antacids -- Magnesium-containing antacids may decrease the absorption of manganese if taken together. Take supplements containing manganese at least 1 hour before or 2 hours after taking antacids.

Laxatives -- Magnesium containing laxatives may decrease the absorption of manganese if taken together. Take supplements containing manganese at least 1 hour before or 2 hours after taking laxatives.

Tetracycline antibiotics -- These drugs may reduce the absorption of manganese if taken together. Take supplements containing manganese at least 1 hour before or 2 hours after taking these antibiotics. They include tetracycline, minocycline (Minocin), and demeclocycline (Declomycin).

Quinolone Antibiotics -- Manganese may inhibit the body's absorption of these medications.

Dietary Guidelines for Americans 2005. Rockville, MD: US Dept of Health and Human Services and US Dept of Agriculture; 2005.

Shamberger RJ. Calcium, magnesium, and other elements in the red blood cells and hair of normals and patients with premenstrual syndrome. Biol Trace Elem Res. 2003;94(2):123-9. 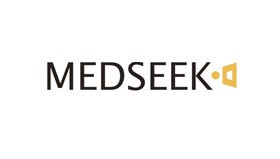